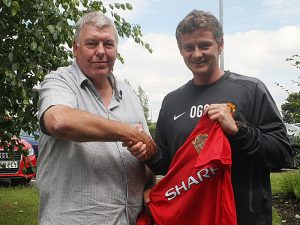 Adi Hopper was head of Media at our local Football League Club Yeovil Town for 15 years enjoying all the highs of a FA Trophy Final victory in 2002 and two subsequent Play Off finals at Wembley and is still involved with the club as project manager and administrator of YTFC. Digital.

His other passion for horse racing extends to part ownership of six flat horsesand his contact will feature strongly on the sports shows.

And that’s not including his connection with local cricket at North Perrott Cricket Club who play their cricket in the West of England League along with Chard and Ilminster.

In the Summer months local cricket will be featured heavily with regular contributions from Jason Kerr head coach of Somerset Cricket Club along with the Somerset Bowling Coach Steve Kirby in our “Let’s Talk Cricket” Show with George Marshall James.