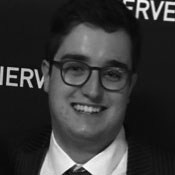 Josh is a Multimedia Journalist who recently graduated Bournemouth University with a First Class Honours Degree. He has broken two national news stories and is also a Fellow of the Salzburg Academy on Media and Global Change.

Josh’s affiliation with Yeovil Town Football Club runs deep having avidly supported the Glovers since childhood. In a professional capacity, Josh started writing pieces for the official programme aged 15. Since then he has reported Yeovil’s matches for Press Association Sport, the Football League Paper and others on a freelance basis, including the 2018 FA Cup match against Manchester United.

Josh also helped cover the club’s media responsibilities at the start of the 2016-17 season, running their social media, assisting with press calls and fulfilling matchday duties.